Featuring expanded gameplay and a delightful new central character, Farm Frenzy 3 has arrived! In the arcade business sim, Scarlett travels to Africa, South America and other exotic locations to manage five farms and try her hand at penguin breeding and jewelry making. Her goal is to become the president of the farmers union by earning the votes of the people she helps.

You'll sling hay in 95 outrageously fun levels, tend to 30 wacky animals (including walruses and llamas) and purchase more upgrades than there are ears in a field of corn! What's more, as you grow crops, feed animals, collect produce and manufacture goods, you'll be treated to some of the zaniest animation to ever grace a casual game!

While challenging, Farm Frenzy 3 is more balanced than earlier installments of the series. You can breed birds instead of buying them, for example, and dress the bears you catch in silly outfits and sell them for more money. 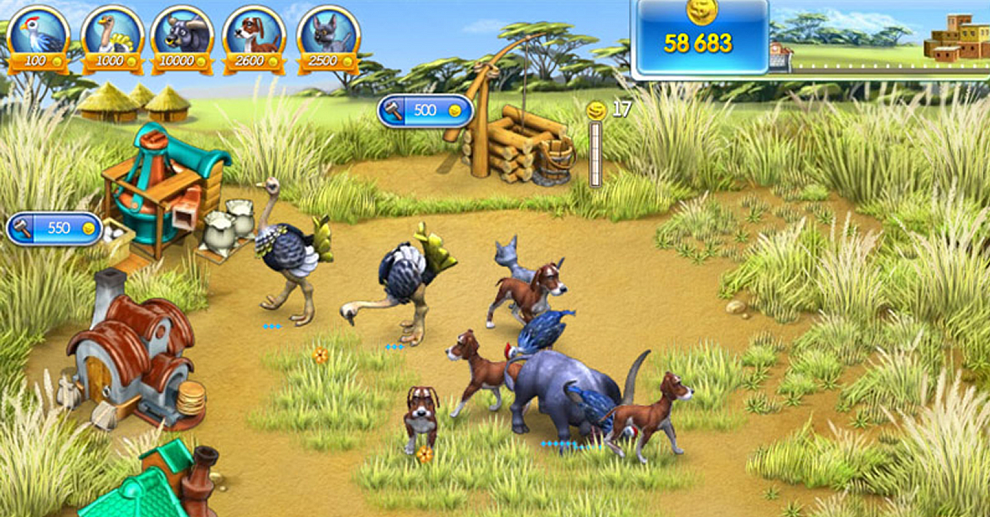 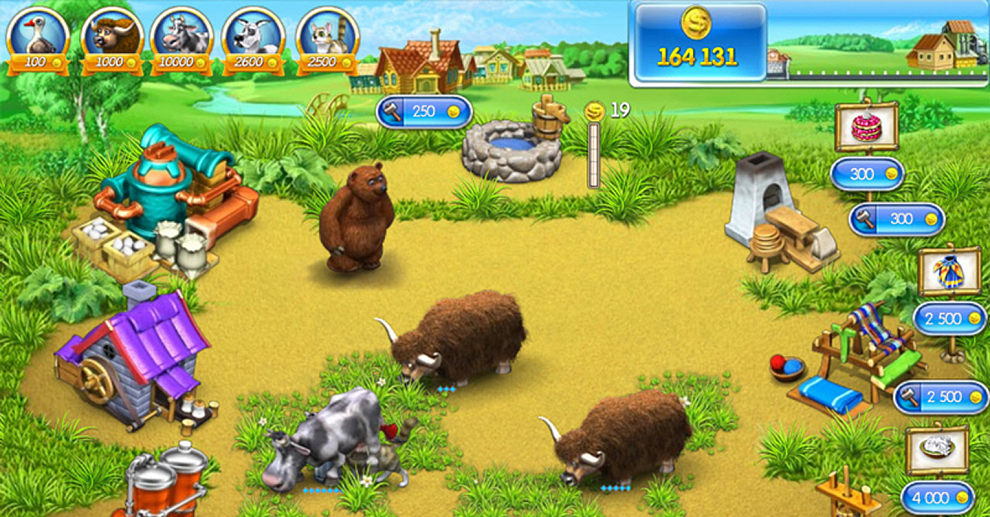 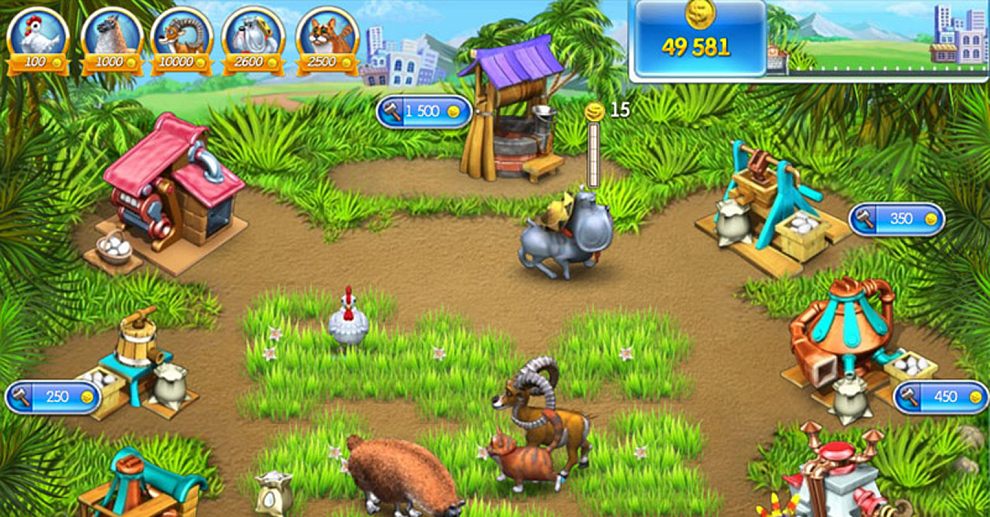 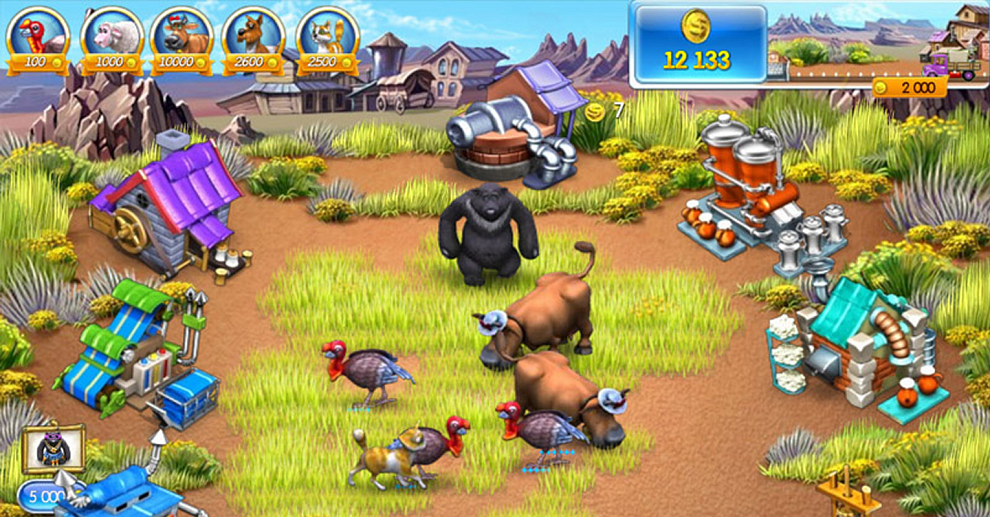 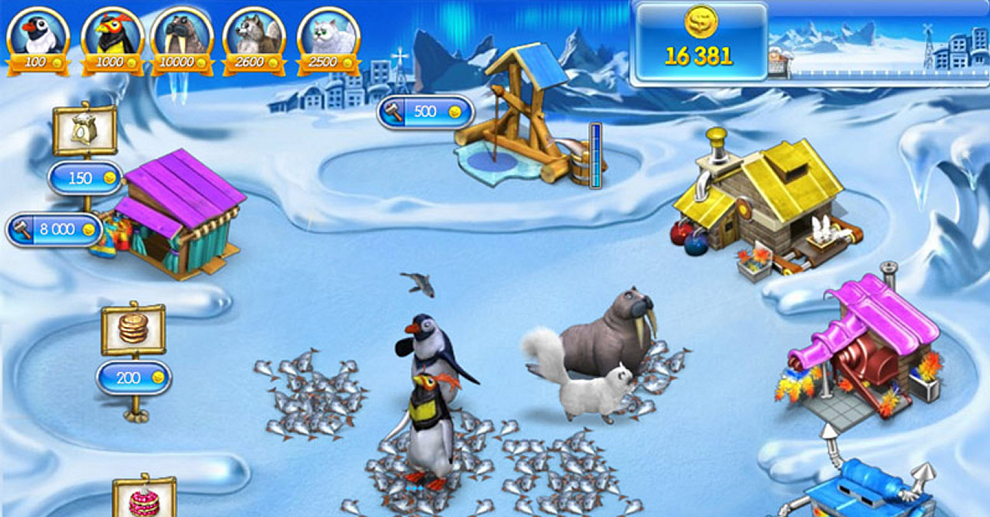